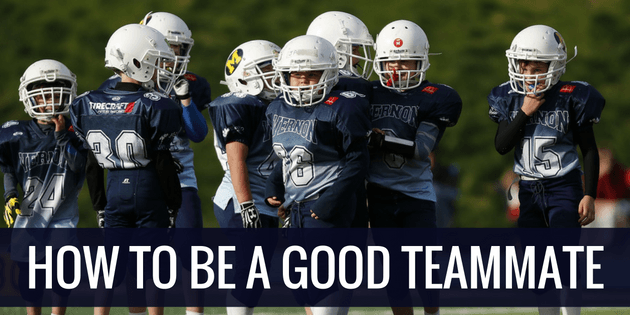 How To Be a Good Teammate

One of the great things about football is that it teaches you how to be a good teammate.

This is a lesson that serves us our entire lives.

We’ve all heard about the chemistry of great teams.

It’s not something you can see or measure but it’s there.

It’s always there in great teams.

It’s impossible to have a great team without them.

Let’s look at some of the traits of how to be a good teammate.

Being part of a team requires good relationships.

Part of any good relationship is the ability to be honest with one another.

Sometimes that means calling guys out when they are not doing the right thing.

This is tough but you can’t have a great team without honesty.

It also requires you to be honest with yourself.

Can you call yourself out when the time comes?

Honesty is a big part of being able to trust someone.

Teammates also need to know that can trust that you are going to do the right thing.

Both on and off the field.

As a football player, each teammate must trust the man next to them.

Your teammates have to trest you to do your job.

Great teams are built on respect.

You have to have respect for your coaches, your teammates, the officials and the fans.

A lack of repsect is a cancer on a team.

Without respect you can’t gain trust and that makes it very difficult to have success on the field.

In many cases, that adversity comes directly to individual players.

A running back fumbles.

A defensive back blows a coverage.

Whatever the adversity is, your teammate will need to be lifted up.

You have to have their back.

Can you give without getting back?

Can you sacrifice for your teammates?

As a lineman, you have to e a selfless player.

You aren’t going to get all the accolades that a QB, Running Back, WR, Linebacker or DB might get.

The question you should continue asking yourself is, “What can I do for my team?”

Are you able to let others hold you accountable?

It can’t just be words.

Actions are what make things happen.

Your coaches and teammate need to hold you accountable for your actions or lack of actions.

Will you do what you say you’re going to do?

Can your teammates depend on you to do your job every time?

Being dependable will serve you your entire life.

Whether it’s being dependable for your team, your job, or your family, it speaks to your character.

So what kind of teammate are you?

Which of these traits do you need work on?

Keep these traits of how to be a good teammate in mind for your next season. 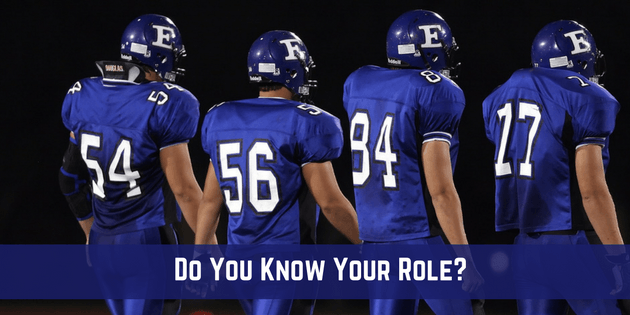